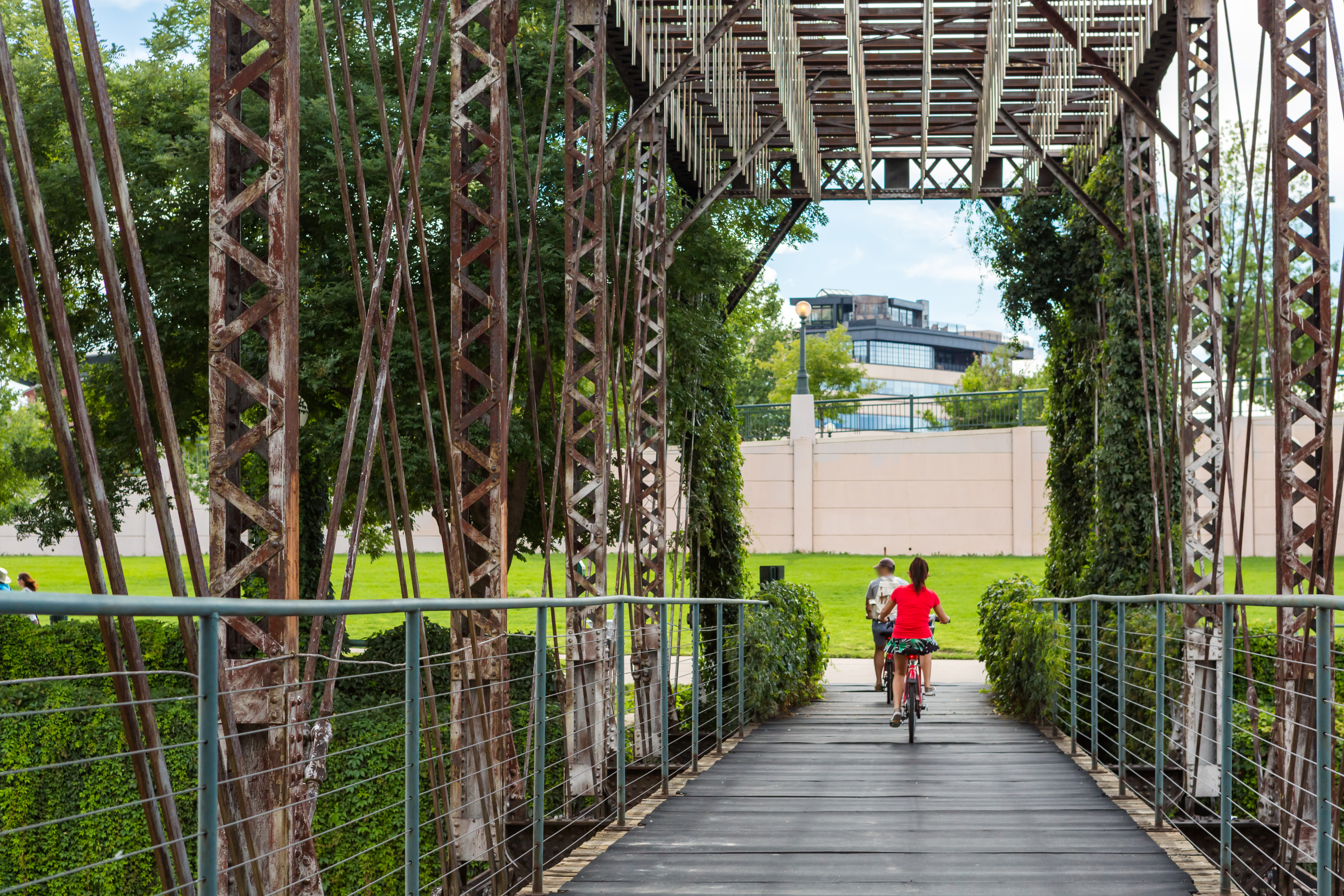 Riding a bike, just as walking, has various physical and mental benefits. Most physical activity is good for the heart, increases muscle, reduces fat, and reduces stress. It also helps to clear one’s mind and has the added benefit of being easy on the joints.

Yet, biking doesn’t have to be all about ‘exercising’. In fact, biking can very well be a social activity–you can bike with family, friends or colleagues; biking gets you outside and can take you to paths less traveled (literally and metaphorically speaking).

One of the great advantages of biking is that it takes you outside; meaning that you are breathing fresh air. You might be wondering what is so great about this? Well, let us tell you. A 2011 study found that exercising outdoors is associated with greater feelings of revitalization, energy, and positive engagement. The same study found while exercising outside is best for mental health, as it reduces tension, anger, and feelings of depression.

Now, if you’re in Denver, you should consider biking as a main form of transportation. While Denver is not the most bikeable city in the US, it is certainly getting there. Last year, after the Bike to Work Day, Denver’s urban mobility manager Emily Snyder told the Denver Post that “We’re not at the top, but are very close and we are striving to get to the top. There’s really nothing standing in our way as far as geography and climate.”

In fact, when it comes to bikeability ratings, Denver often lands in the top 10, if not the top 5 among similarly sized cities, Snyder explained to the Denver Post. One of the reasons Denver is a great city for biking, both for commuting purposes as well as recreational ones is because the city has actively worked on projects that have resulted in the creation of more protected bike lanes. In her Denver Post interview, Snyder mentioned that the city takes on 15 to 20 miles of bike improvements a year!

Denver has several trails and paths, and you can find a detailed biking map in the Denver government page. Because the city is hoping to encourage residents to bike more, the government has made it easy for residents to combine biking with public transportation by providing bike station lockers and by allowing people to take their bikes inside certain buses and light rail systems.

Think of it this way: instead of spending hours sitting in traffic frustrated with it, you’ll be pedaling your way to better physical and mental health. It’s also more economical and environmentally friendly, and it will help you discover areas of the city that you might not be familiar with.

At Shift Workspaces, we care about our members overall wellness, it’s why we give them access to a fitness center and bike storage. Bike to Work Day 2017 exceeded its pre-event prediction of 34,000 participants across the city, growing over 35% over the past 5 years. There’s a good reason for it; people have tried it for themselves and experienced the benefits–mental, physical, and economical.

The Physical and Mental Benefits of Biking and Why Denver is a Great City for it June 7th, 2019Maggie Smith