How to Overcome the Urge to Procrastinate 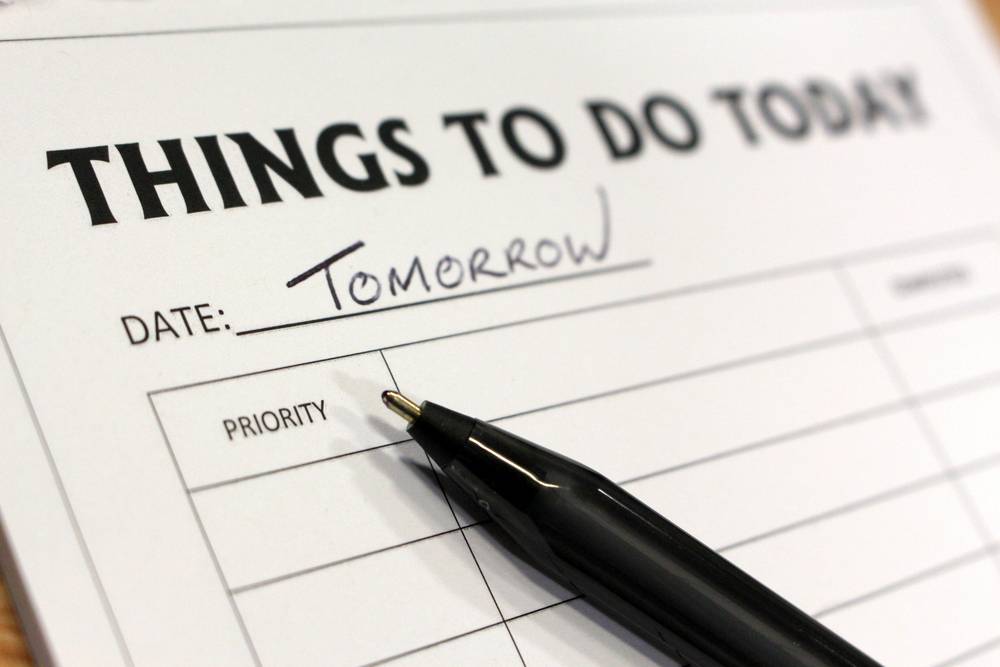 “I’ll do that later. I’ll can do that tomorrow.”

These are phrases most, if not all, professionals have said at some point during their careers. Heck, even students are well-known for postponing writing that essay until the day its due. More often than not, people find themselves procrastinating even when they shouldn’t.

I’ll use myself as an example. There are days when I’m too overwhelmed with the number of tasks and writing I need to do. Instead of getting right down to work, I turn to Netflix. Just one episode and then I’ll start working…but one episode turns to two, two to three, and next thing I know, I’ve finished the entire season.

Procrastination doesn’t just affect us in our professional lives, it’s also a big thing in our personal lives. I’ll wash those dishes later, I’ll take out the laundry later (guilty as charged, I’ve left clean laundry in the dryer for up to 5 days; not my proudest moment), etc.

Once you know why you’re putting it off you can find ways to motivate yourself (sort of like I do with Netflix…when I’m able to control my binge-watching habits). You also have to understand that some people work better with pressure, in fact, deadlines act as a sort of motivator (students starting an essay 2 hours before its due type of thing).

Sometimes we don’t want to tackle a task because we don’t feel like it. A good place to start is by tackling something simple, like answering emails or prioritizing tasks. Once you get going, it’s easier to keep on going.

Find ways to motivate yourself. If you get X task done, then you can go on a short break. This also works the other way, if it’s 3pm then I’ll start working on X presentation, so I finish it before I head out of the office.

Sometimes the feeling on not wanting to do something goes away when you move into the right environment, an environment that helps you get in the right state of mind. This is especially true among home workers (it’s harder to feel like working if you’re slouched on the couch as opposed to sitting on a chair with a desk).

Sometimes we need to tune out a little in order to tune into our work. There are countless studies and research that show that music has the ability to improve performance in specific tasks. The right tunes can inspire a healthy workflow.

If all else fails, take a break and go for a walk. Sometimes our mind feels so cluttered we’re unable to focus. You know how when computers or phones stop working, they ask if you’ve turned it off and on again? We humans sometimes need to turn off a bit in order to perform our best.

In the end, it all boils down to making sure you’re doing what needs to be done and the most important thing is that you know yourself and know what works best for you.

How to Overcome the Urge to Procrastinate June 19th, 2019Maggie Smith